Inspiring the Next Generation 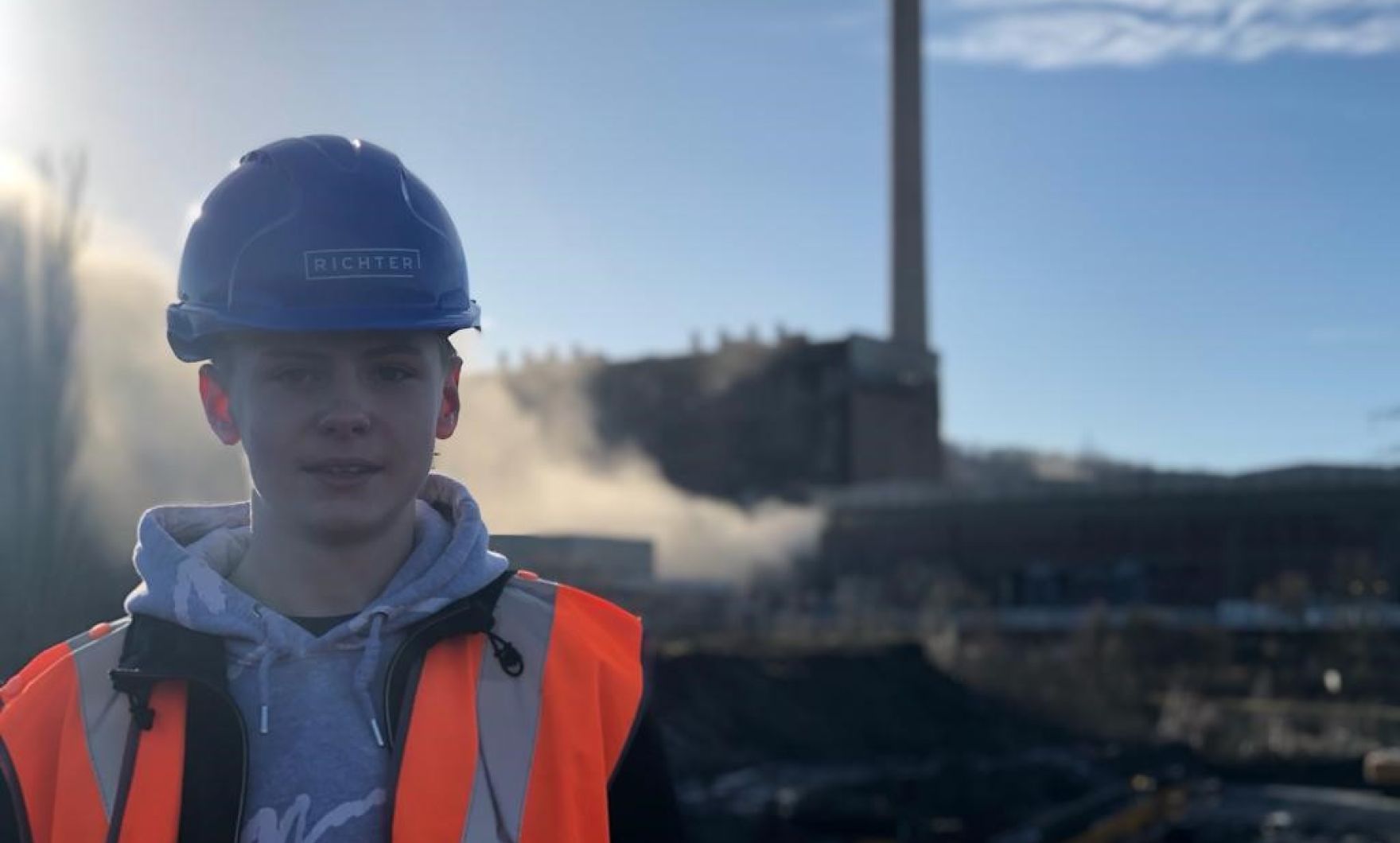 Richter keeps it in the family

Our Group Managing Director, Roger Tice recently had the chance to take his son Roman along to an explosive demolition at Ironbridge Power Station. This is part of a package of demolition projects Richter are involved in at the power station, working in partnership with Demolition Services Ltd.

Footage shows how Richter were tasked with the controlled takedown of the front aspect of the Tank bay. Our Lead Demolition Engineer, Rob Clarke and his team had designed a sequence that would see the large frontage roll away from the main body of the building, leaving it intact for the next stage of the dismantling project.

Here is a diary entry of Roman’s experience;

“We had to get up at 06:00am in the morning to make sure we wouldn’t miss the shutoff time because then we wouldn’t be allowed onto the site. When we got there, we had to speak to the onsite security guard who showed us where to go. I was surprised at how empty the site was as we were driving through. As we were slowly driving through my Dad showed me how the building was going to fall. We parked up and had breakfast then we met Jenna Romani, the CEO of the demolition company. She is in charge of this site and making sure it all goes as planned. It was very weird seeing all the out of action machinery in the building just sitting there. I could see people walking through the building, doing checks and making sure the explosives were in the right place.

When we got out of the car we had to put on our hi-vis jackets and hard hats. We walked up the hill to watch the explosion. At the top of the hill we met Rob Clarke and Shaun May who work with my Dad at Richter. Shaun told me I had just missed the dogs, they are used to hunt rabbits on the site and stop them chewing the explosive cables. The warning sirens were really loud, they sounded like an air raid siren from the war, and we were told to get ready. I could hear the men's walkie talkies at the bottom of the hill, counting down. The birds started to fly out from the trees even though it had all gone silent. I expected all the explosives to go off at once, but they went off in a pattern. I saw the explosion before I heard it, it was very loud, first a crack and then a boom, just like when thunder and lightning strike. It was weird seeing such a big building just crumble like that. I think it’s amazing that Rob can make one building explode without hitting any others.”

Richter would like to thank Jenna Romani of Demolition Services Ltd for facilitating this experience and making us feel so welcome. As always it was a pleasure working with Jenna and her team and we look forward to the next stage of this project.