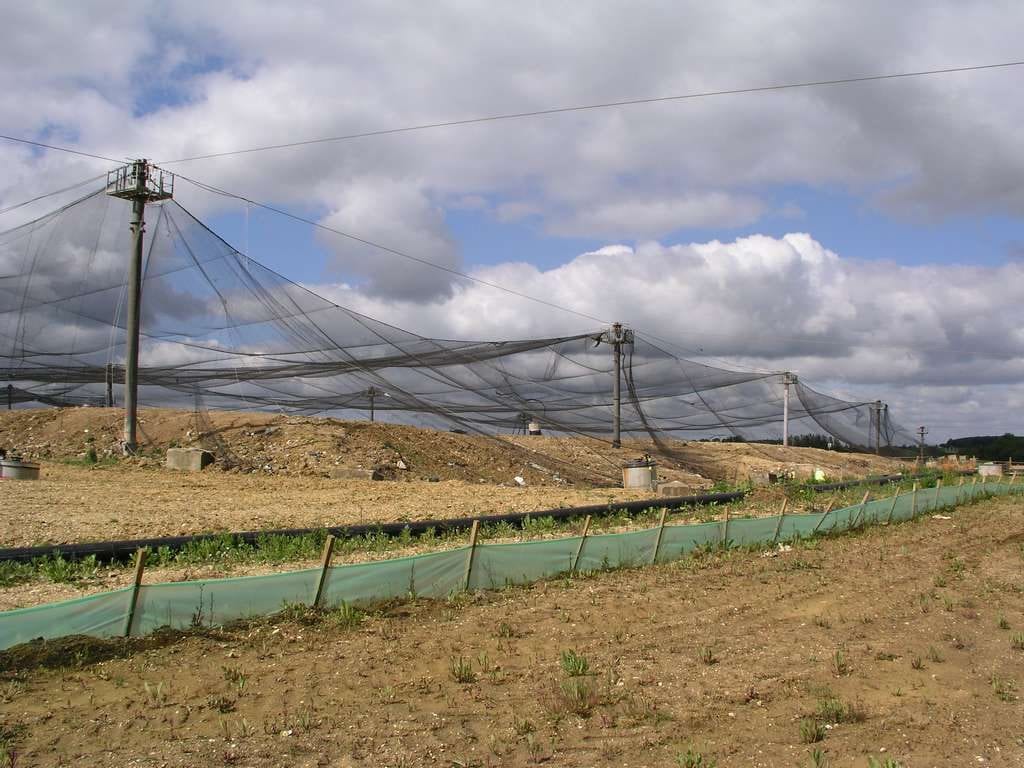 A new landfill site was proposed in the vicinity of Stansted Airport. A condition of planning required that it was covered with netting to deter birds. A system of edge towers and internal tubular masts were designed in combination with a system of guy ropes and net support ropes. This was a complex analysis to determine the netting loads, effects of wind, and thus the loading in the wire rope system and supporting masts and towers. Wind tunnel tests were carried out to validate the effects of wind loading on the netting before the design was started. The complete system was designed to operate on a cellular basis as each part of the site was filled, and then moved on to the next area.