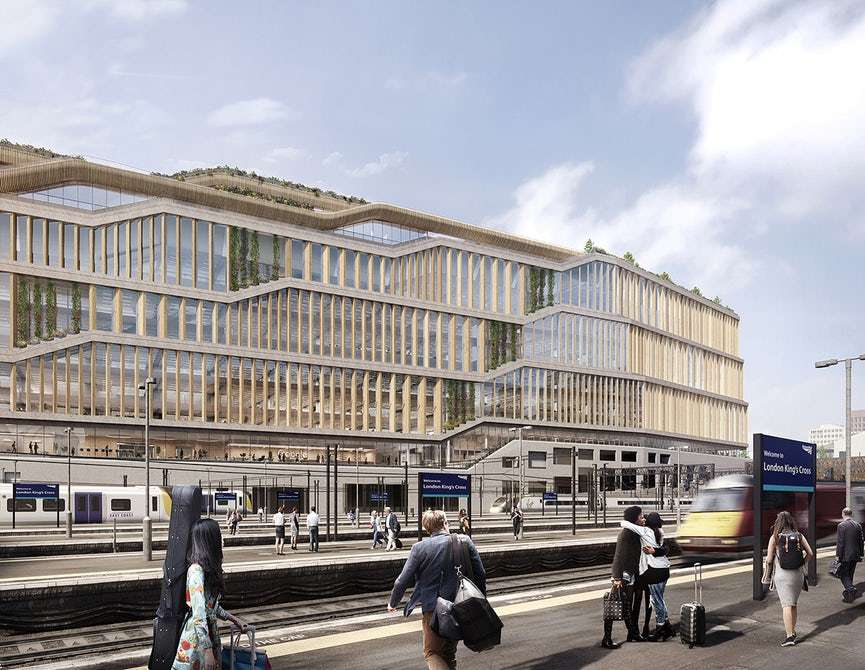 Richter Associates Limited have been involved with this prestigious project since early days and enabling works. We have designed, developed and approved various temporary works schemes to facilitate the construction of the new building (including it’s reinforced concrete cores and façade) in King’s Cross, plot KGX1. The proposed building is located North-West of King’s Cross station in the southern most corner of the plot of land between Kings Cross Station Southern Train Shed and King’s Boulevard. It is to be constructed above the existing, below ground, Network Rail Shared Service Yard (SSY) that houses the plant room for Kings Cross Station and also provides access for delivery and maintenance vehicles.

In order to construct the new KGX1 cores it was necessary to partially demolish sections of the existing SSY structure, including the existing ground beams that prop the piled basement wall supporting Kings Cross Station, all while allowing the SSY to operate as normal. A steel framed structure was developed to prop the basement wall. The frame was pre-loaded to ensure that there was negligible movement in the basement wall as the demolition progressed to avoid any potential settlement and subsequent damage to the above ground Kings Cross Station structures. In addition the steel frame was designed to act as a crash deck to allow demolition works to progress without impeding access to the SSY, and also to allow the new concrete structure to be built overhead by providing support for the new formwork shutters.

Other works included the assessment of the existing SSY roof structure for supporting various plant, including a 130t mobile crane and a tower crane, which necessitated the design of a steel grillage to span the tower leg loads away from elements of the roof structure with inadequate capacity. Temporary propping of existing structural elements to provide stability during demolition, developing demolition sequences for the safe removal of structural elements, CAT 3 Check and approval of Slipform Core constructions, various tower crane grillages and providing general advice and support to both Principal Contractor and various specialist sub-contractors, including demolition, concrete frame, façade, etc.