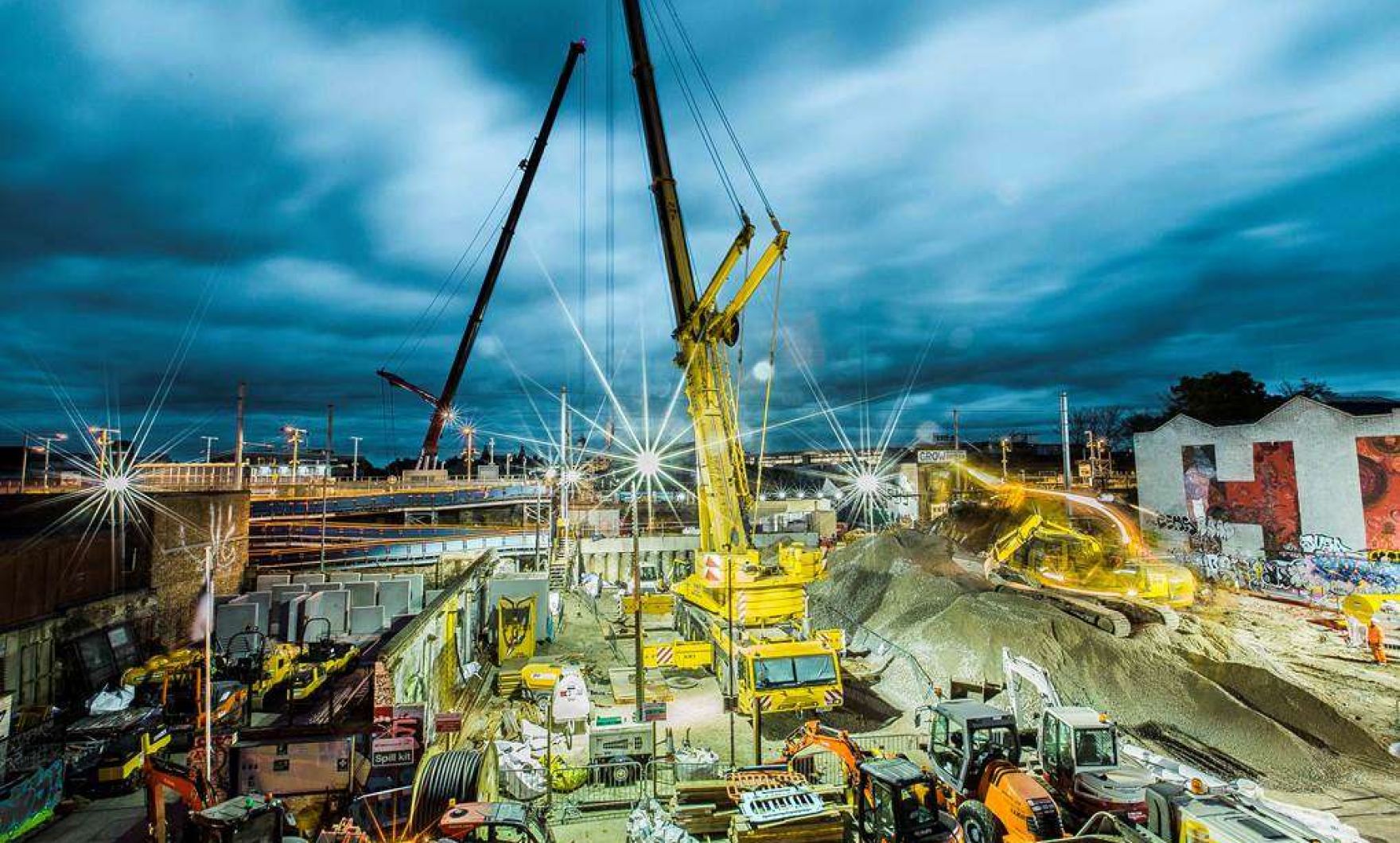 Station upgrade works to improve station access and passenger flow, including the removal of the existing station footbridge and replacement with a new subway beneath the track. Temporary works included the design of a haul road to allow an SPMT to move the new subway into position. The design had to enable the temporary works to be installed and removed within a very short window to allow the works to be completed within a 48hr weekend possession.

Richter Associates also designed other temporary works required to facilitate the installation of the new subway including plant working platforms for piling rigs and mobile cranes, a 30m temporary cable support bridge to support the existing trackside cables over the excavation and temporary supports to the existing OLE foundations that were located within the excavation extents. This required the use of bespoke screw-piled foundations and support grillages to ensure that the OLE remained stable even when the foundations were exposed by the excavation batter slope.

Richter Associates also identified that the HDPE blocks being used for backfill in the permanent works may not offer the same lateral restraint to the OLE foundations as normal structural backfill and recommended that the temporary solution be adopted as part of the permanent works. As this concern was raised at an early stage, the proposed solution was implemented with no delay to the programme.

Another permanent works concern was identified where permanent works retaining walls had been specified to be reinforced earth. However these would need to be constructed during the 48hr weekend possession – after the subway was installed and the backfilling completed. Concerns were raised about the ability to properly construct these in the time available and the decision was then taken to replace these with pre-cast reinforced concrete units to remove the risk. Again, this was identified early enough in the construction phase that all design and necessary approvals could be sought without negatively affecting the programme allowing the works to be completed on time.