An explosive result all round 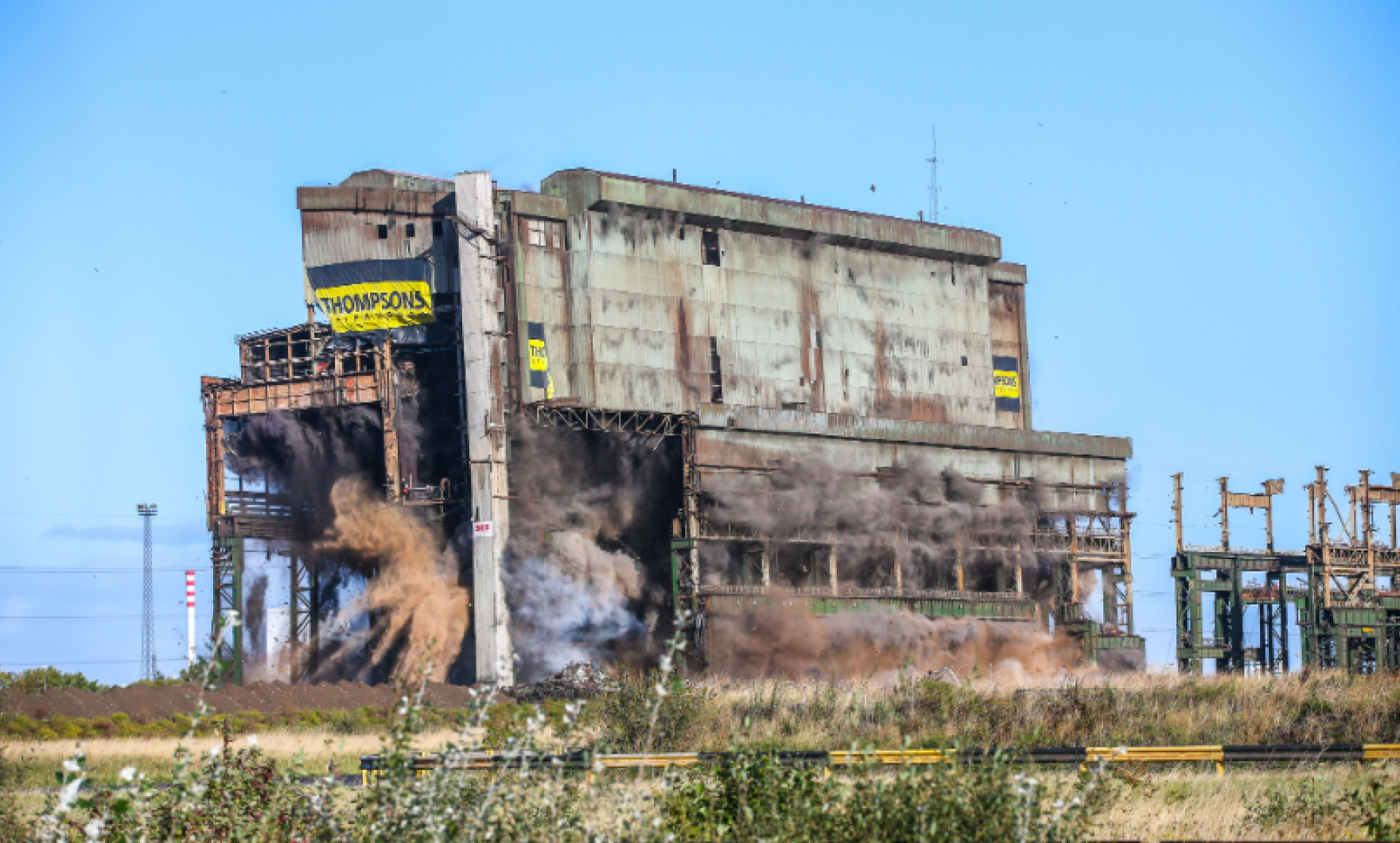 Richter's demolition division, along with its valued clients Thompsons of Prudhoe and Specialist Explosive Services (SES), recently completed the largest controlled explosive demolition project in Teesside with huge success. The demolition of the Basic Oxygen Steelmaking (BOS) Plant, a 65-metre structure, began with three blasts separated by seven seconds, bringing the 60,000-tonne structure to the ground.

Congratulations to the Richter team of Rob Clarke, Zandy Muhammad, Sally Ameen, Paul Boddy and Shaun May, who have been working together for several months to bring about such a successful blowdown event.

Paul Turbitt, Project Manager of Thompsons of Prudhoe Ltd said, "I would like to thank the team at Richter, in particular Rob Clarke & Zandy Muhammad for their knowledge and expertise in the successful design for the explosive blowdown of the BOS Plant structure. The building was 65m tall and contained 105,000te of steel, 6 months of planning and proprietary works combined with 1.6te of explosives brought down one of the UK’s biggest demolition projects of its kind in the last 75 years. We look forward to working with Richter again in the near future".

Congratulations to all those involved, a great collaborative delivery.