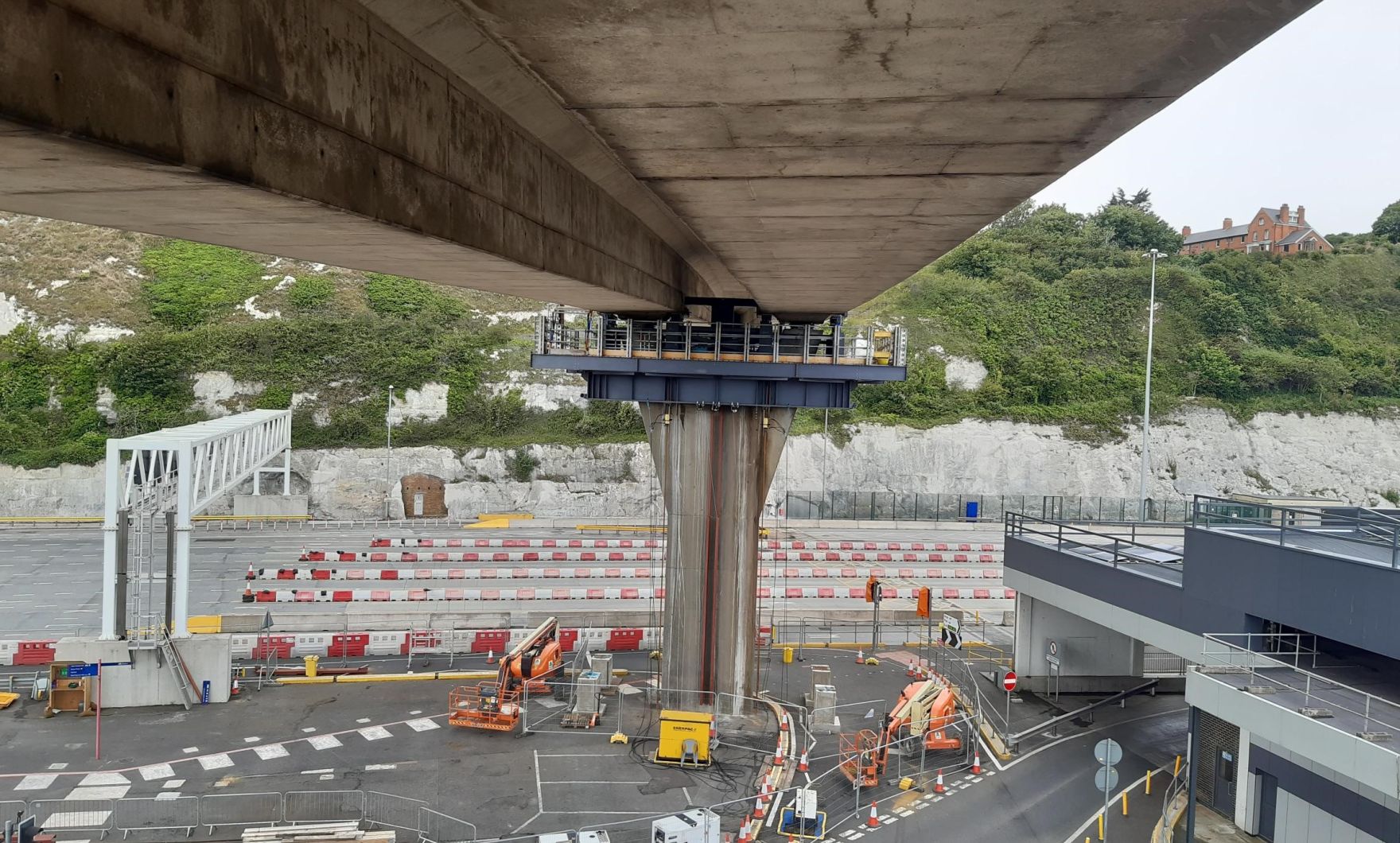 The East Cliff Viaduct in Dover was originally constructed in 1976 and connects the A2 from the top of the White Cliffs of Dover, to the Eastern Docks roundabout, where it meets the A20.

Following identification of deteriorating bearings across all six of the viaduct piers, Richter was contracted by VolkerLaser to design a temporary platform to hold up sections of the deck whilst the bearings were replaced.

The 50-tonne hanging frame was constructed at ground level on four concrete plinths, and the hanger beams, which connect the frame to the structure, were pre-installed onto the pier support 13m above the hanging frame.

This is a very complex job with many factors to consider such as the section piers being different in height. At the lower piers a trestle system was designed to bear directly onto the pile cap. Whereas for the tall piers, the innovative hanging jacking platform frame designed by Richter, doesn’t require support from the ground and thus minimises disruption to ground operations.

The hanger beams and hanging frame were connected together using eight Dywidag bars, with each bar having a 60-tonne hydraulic jacking assembly. All eight jacks were energised simultaneously, and raised the hanging frame to the underside of the hanger beams in 250mm increments.

The frame needed to be lifted within a tolerance of +/-1mm, which was achieved by controlling each jack using a synchronised lifting system. The full operation took two days to complete the lift, and a further day to connect the hanging frame to the hanger beams.

Richter’s design has added huge value to the project by reducing the amount of steel used to fabricate the platform from 120 tonnes to just 69 tonnes. The jacking platform alone can bear the weight of up to 3500 tonnes, which has enabled works to be carried out whilst the viaduct was still operational.

This is yet another example of one of the many unique temporary works schemes completed by Richter. We strive on being challenged and will always construct in a way that is innovative, cost-effective and as sustainable as possible.