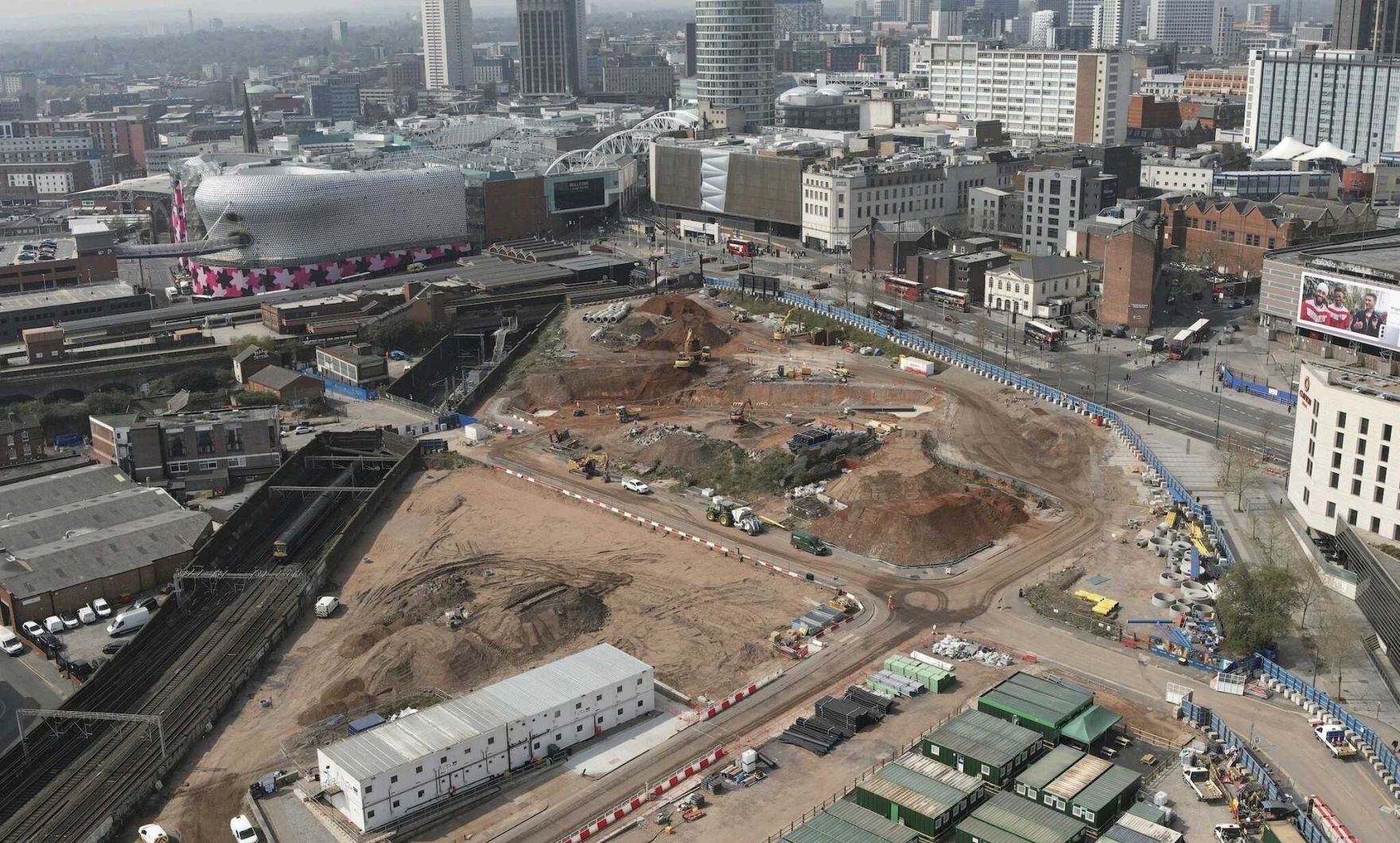 Richter has provided design solutions for temporary trial pits at HS2 Curzon Street, Birmingham to ascertain the as-built profile of a historic masonry retaining wall that supports the main line railway between Rugby and Birmingham New Street. These trial pits were to determine the positioning of the piles for the new HS2 Curzon Street station.

The trial pits were to be formed using a cofferdam solution which is relatively slow to construct, resulting in increased risk to the construction programme. During a Category 3 check by Richter, it became apparent that it was possible to open dig some of the trial trenches, de-risking the programme and saving on hire costs.

Following an extensive numerical analysis based on the historical drawing provided, Richter found that 5 of 8 trial pits could be cut as an open dig. Richter carried out ultimate checks on sliding, overturning, bearing capacity and global slip stability of the masonry retaining wall using Eurocodes, and checks at the serviceability limit state, to ensure that traditional factors of safety were being achieved. Richter also carried out capacity checks on the masonry using strength values applicable to the aging condition of the wall. In order to confirm the behaviour of the retaining wall was as predicted following calculation, movement trigger levels were established from baseline readings which could be compared against existing monitoring of the wall. Richter also carried out calculations to predict the expected track movement to ensure this would be below agreed limits.

In addition to our design package, Richter also produced the required documents (known as Form 2 and Form 3) for submission to Network Rail. These were duly approved following a collaborative online meeting with our client and NWR to discuss any comments raised following their review. Due to the extensive rail experience within Richter, we were also able to provide a Contractor’s Responsible Engineer (Design) service as required by NWR’s processes.

Following completion of our design, we were requested by other contractors working on the HS2 Curzon street project to carry out similar checks on excavations adjacent to the retaining wall further along the line.