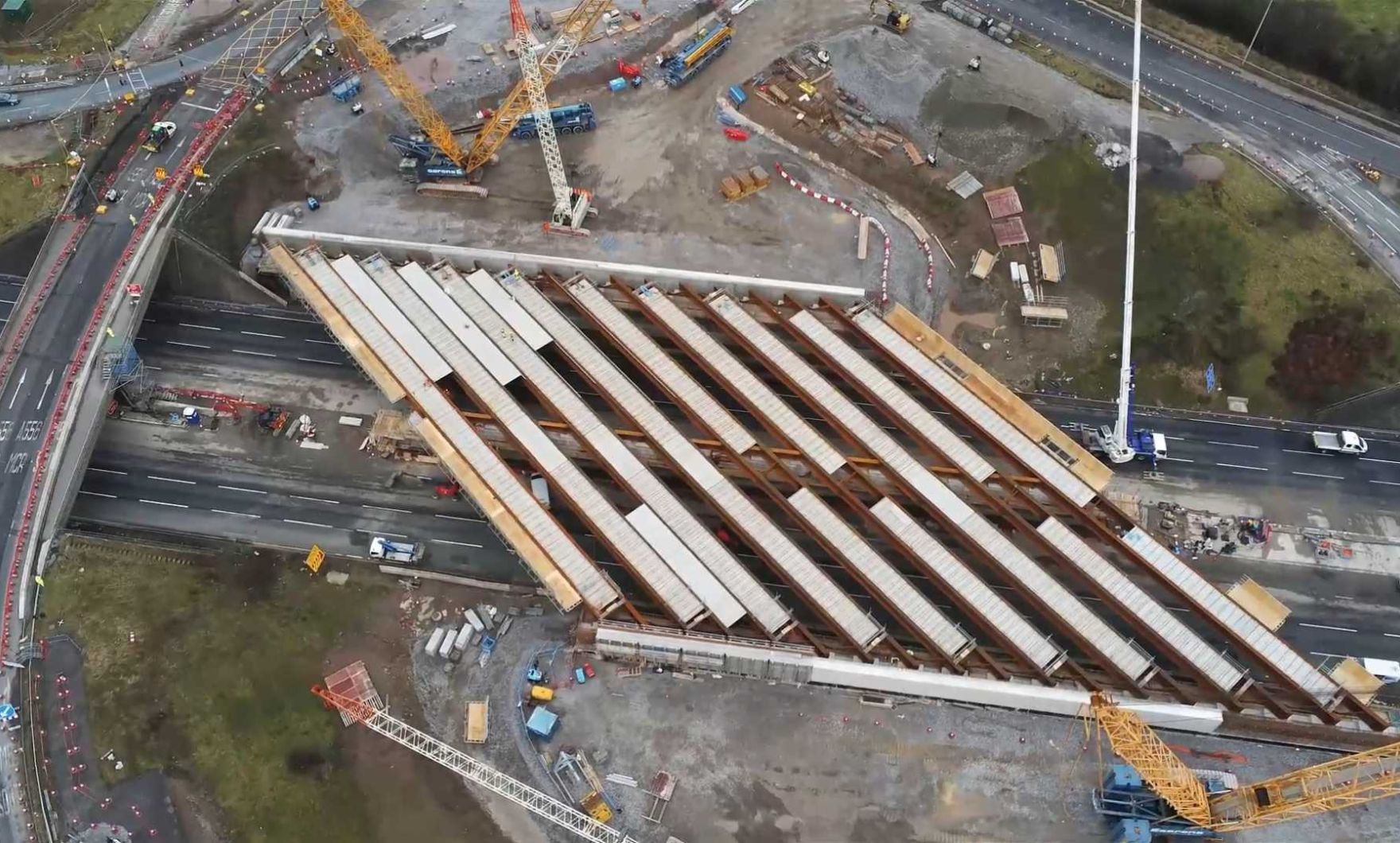 The M6 Junction 19 (J19) near Knutsford, Cheshire provides the interchange between the M6 and the A556. With the completion of the A556 Knutsford to Bowdon Improvement to the North of the M6 J19 and the (under construction) M6 J16-19 Smart Motorway Scheme to the South, this junction has been identified as a constraint to traffic travelling between the M6 and Manchester. Without intervention at the junction, congestion is expected to be such that queues on the slip roads would extend back onto the M6 mainline with associated impacts on safety and network operation. The delivery of the M6 J19 Improvement, together with improvements to the A556, M6 and M56, forms part of a comprehensive upgrade of Manchester’s southern access.

Richter have primarily been involved with the temporary works associated with the addition of two new one-way links across the junction to allow better connection between the M6 and A556, including a new bridge spanning the M6 motorway within the roundabout. The temporary works include the design of the formwork and access scaffold for the substructure of the link bridge. Including formwork for the abutment and pier bases, pier walls, abutment walls and gallery walls. Richter also provided the design for the parapet casting system which included clash detection and assessment of the loads applied onto the primary steel beams. For each of the schemes Richter also provided submission for Approval in Principle (AIP) to the Technical Approval Authority in accordance with the Highways England CG 300 Technical Approval of Highway Structures document.

In the early stages of the project, Richter provided a live 3D Revit model to aid with site logistics and planning to ensure that any clashes were identified in the planning stages. The model was consistently updated with design proposals and methodologies through the collaboration between Richter and it's client. This was key to the project programme and assisted with the planning of tight working spaces due to works being contained within a traffic management plan on the central reservation of the open highway. This process enabled each phase of the project to be planned in detail and any obstacles to be crossed well in advance before they were reached on site.