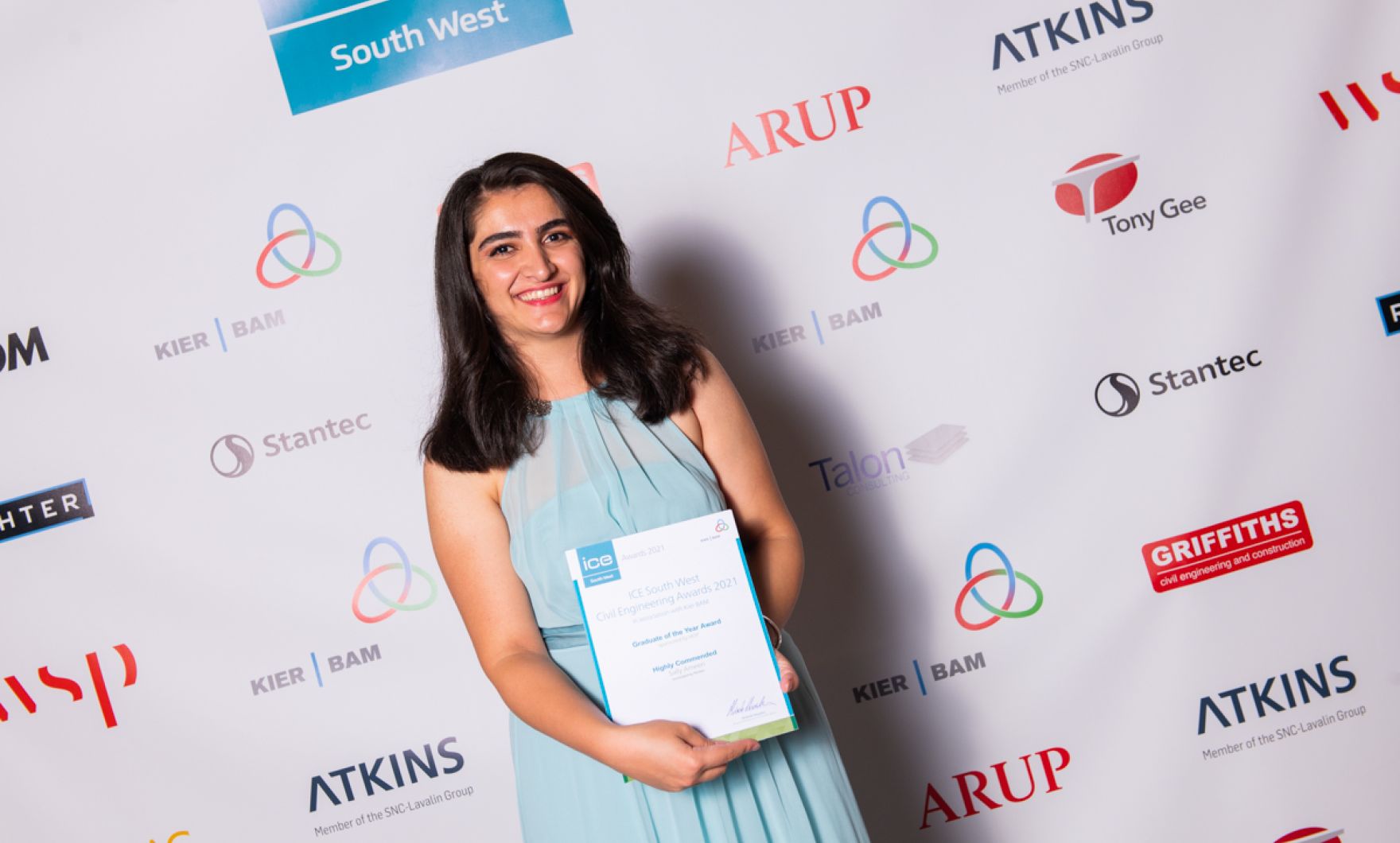 Some of the Richter team attended The Institution of Civil Engineers (ICE) South West Civil Engineering Awards 2021 last night. The event was in recognition of the emerging talent within ICE South West’s graduate membership and their overall contribution to civil engineering and the work of ICE.

In attendance was Richter's Sally Ameen, Design Engineer based from the Exeter office. Sally was shortlisted for the Top Civil Engineering Graduate Award back in April 2021. Being selected from a highly competitive field to be one of five finalists, it gives us great pleasure to reveal that Sally won the Highly Commended Award!

“Sally’s dedication (and bravery) in helping to deliver drinking water and sanitation projects in a war zone is inspiring. She’s taken all this experience forward into her work with Richter, where she is using her considerable skills and ‘can do attitude’ to make a big difference. We had an extremely strong cohort of applications for the Graduate Award this year. Sally thoroughly deserves to be recognised and we look forward to seeing more of her talent in the future.”

Shaun May CEng MICE AMIDE, Director of the Exeter office was also there to support Sally, "With her positive mental attitude and drive to succeed, Sally is an ambassador of the Richter way. I had no doubts that she would be a winner and one day, be one of Richter’s future leaders. Tonight was about recognition, which all of the people there deserve. Well done and huge congratulations Sally!"

Being with the team just over a year and a member of the Institution of Civil Engineers (ICE), Sally is now working towards becoming an Incorporated Engineer, with her main goal of becoming a Chartered Engineer in the next few years.

Richter is also proud to have been the Under £8 million Re-engineered Sponsor of the ICE South West Engineering Awards 2021.

Massive thanks to all those involved in coordinating the event, we had a fantastic evening, well done to all the nominees, and congratulations to the winners!